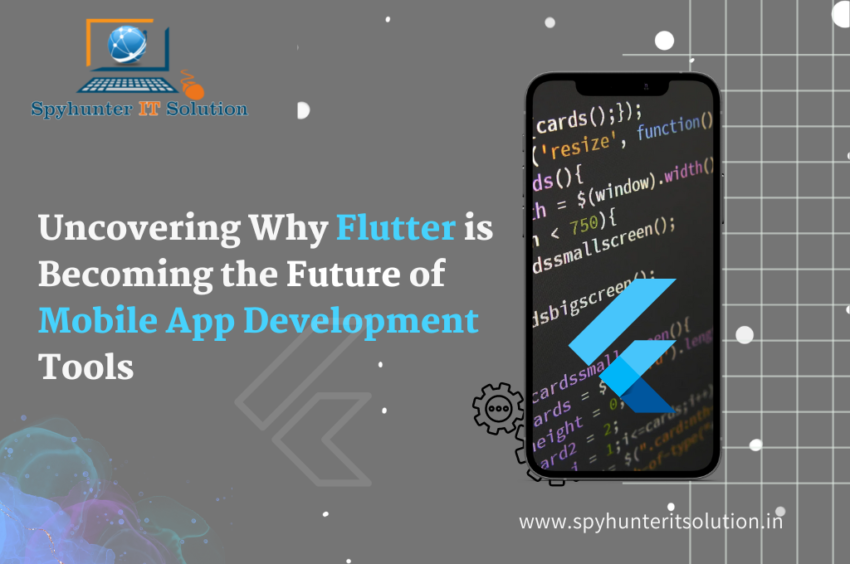 Flutter is an open-source software development kit that makes it simple and easy to develop cross-platform mobile applications. Without having to develop code for iOS and Android apps individually, you can easily create high-quality natively generated apps for both platforms. One codebase will do for both systems.

More than 2.1 million developers have used the toolkit since its release in 2019, according to Tim Snaith, Flutter’s product manager, who made the announcement last year. The Spring update also shows an increase in the development of both consumer and business applications.

We will introduce this developer-friendly app development language in this article. We will define and run through the benefits of using Flutter below.

When Objective C/Swift and Java/Kotlin were the two main languages used for mobile development, it cost money to build applications. You need to build two separate apps, which requires twice the work.

To solve this problem a number of frameworks have been developed for developing hybrid (or cross-platform) applications in HTML5 and Javascript. The Flutter framework has quickly gained popularity among developers, businesses, entrepreneurs and users of cross-platform toolkits like PhoneGap, Xamarin, React Native and others.

Using a single codebase, Flutter is a portable UI toolkit for building native-like apps for mobile, web, and desktop. It integrates Material Design and Cupertino widgets and uses the Dart programming language. Developers using Flutter can produce stunning user interfaces that look and feel native. Despite the fact that you only have one codebase, it generally works on all platforms.

Flutter is the only framework with a mobile SDK that proposes responsive design without a Javascript bridge. It achieves a level of speed comparable to its main competitor React Native. Multiple platforms, including Android, iOS, Linux, Mac, Windows and Google Fuchsia applications, are all seamlessly integrated.

What is Flutter used for?

Flutter is one of the best ways to design apps for both Android and iOS without creating separate codebases for each platform. Each platform-specific version of these apps has a smartphone version. Even before they were made available and worked as real native apps on cellphones made by Apple and Android. They do not require a runtime module or a browser. Using the same codebase, it is possible to create web apps for browsers as well as native Windows, Linux, and macOS programs.

Both Google Home Hub’s user interface and a number of Google Assistant modules are powered by Flutter. Flutter is used by well-known e-commerce service providers, including eBay, Groupon and Alibaba Group, to deliver a unified look to their mobile and online apps.

In my experience, it takes at least 40 seconds to build a typical mid-size Android app and send it to a test device. Additionally, sometimes it takes an eternity to change a single graphic element of a layout. But wait, Android Studio already includes a layout preview for that, some of you may comment. It does too. But, of course, there is a but: functionality is limited and occasionally fails to work as intended, especially when using custom views.

Flutter’s “hot reload” function, in turn, enables changes to be seen practically instantly without losing the application state. And this is precisely what boosts the creation of Flutter apps by some gold factor.

Time to market speed has increased

This one is very easy to understand. The Flutter development framework is more responsive than its competitors. When compared to developing the same app individually for Android and iOS, you can often predict that a Flutter project will require at least twice as many man-hours. The basic reason is fairly straightforward: you can provide appropriate visuals in your application without writing any platform-specific code. Flutter enables the implementation of any 2D-based UI without requiring communication with a counterpart in the native application.

Additionally, Flutter offers a declarative UI construction API, which in my experience significantly improves functionality. When it comes to visual changes, this is the most noticeable. For more information, see Choosing a map API for your Next app.

Good UX depends on the performance of the application. While exact numbers are hard to pin down, it’s safe to assume that Flutter apps will perform just as well as native apps in most situations and even better in complex UI animation scenarios.

Why? Unlike most cross-platform frameworks, Flutter does not rely on any interpreter or intermediate code representation. Flutter applications are immediately incorporated into machine code, thus eliminating any performance issues resulting from the interpretation process.

Finally, Flutter allows you to fully assemble your release application in advance.

With Flutter, you can do many things with your apps that are not possible with other platforms. It obviously calls for a rather sturdy structure. Most of the above would be virtually impossible without a powerful cross-platform rendering engine.

To present itself on the canvas provided by the platform, Flutter leverages Skia. The engine enables Flutter UI to launch on almost any platform. To put it another way, the development process is greatly streamlined as the UI no longer needs to be modified to migrate across platforms.

In addition to the user interface, many practical mobile applications rely on sophisticated OS-level capabilities, such as retrieving GPS coordinates, Bluetooth connectivity, collecting sensor data, managing permissions, using credentials, etc. Many of these are accessible when building a Flutter application. Through a Google-supported ready-to-use plugin.

Naturally, there may be cases where your application depends on OS-level functionality that is not currently accessible via a plugin. But the group also has you covered here! Platform-native code and Dart can easily communicate with each other across platform channels thanks to Flutter. With a little more work on the native side, you can use Flutter to implement anything a native app can do.

The Potential Ability to Go Beyond Mobile

You can do a lot more with Flutter than just building mobile apps. Flutter for web and Flutter desktop embeddings are now available. For instance, Google showed a technical preview of Flutter Web at this year’s I/O conference, which allows users to run pure Flutter applications in a browser without changing the source code.

Why Then Try Flutter?

The easiest method to build a robust cross-platform mobile app is, in essence, with Flutter. I can clearly see that Flutter will soon surpass all other cross-platform UI frameworks, and it’s only a matter of time.

WHY HIRE DEVELOPERS FROM SPYHUNTER IT SOLUTION?

Hire Flutter Developers India to significantly modify mobile apps to suit specific business needs. We also offer numerous benefits to deliver good mobile app solutions the right way. You can hire Flutter developers from SPYHUNTER IT SOLUTION IN INDIA. These talented programmers have a strong portfolio of top-notch applications that match any customized requirements for organizations. 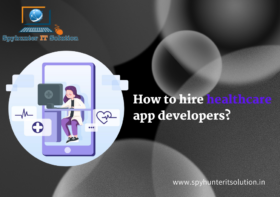 How to hire healthcare app developers? 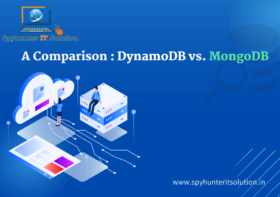 A Comparison : DynamoDB vs. MongoDB 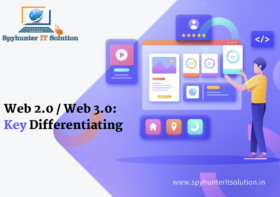