Web Application Development in 2022! List the top 10 trends in it 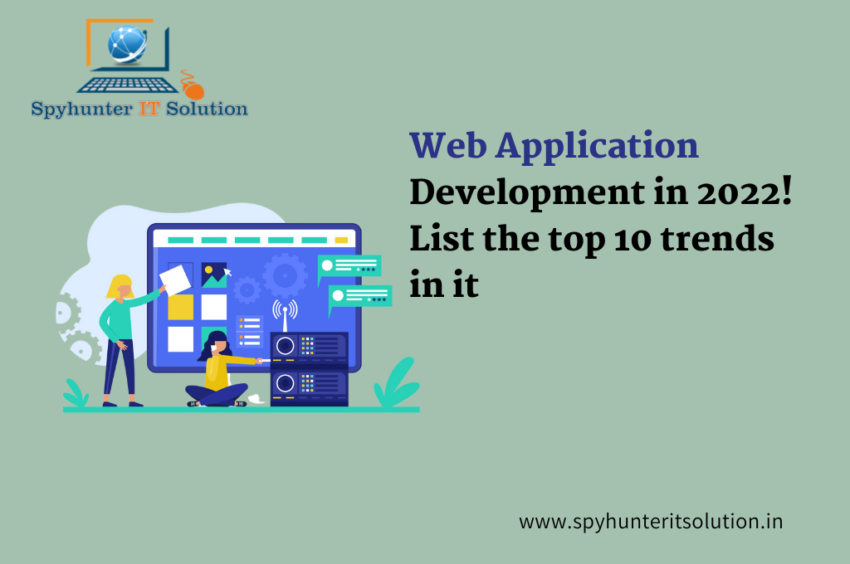 It is difficult to predict what will happen in the future, but we can be sure that web applications will play an important role in it. Web apps are already being used for everything from online shopping to ordering food and hiring employees, and we’re nowhere near the limit of what they can do.

As more people adopt smartphones and tablets for personal and work purposes, app development is becoming increasingly important. It is safe to say that the world of web application development is evolving rapidly. Unsurprisingly, the technology landscape is constantly evolving, and there are always new and innovative ways to build and use web applications. An important trend in web development is the increasing use of hybrid applications. There will be many more people who are looking for mobile apps that suit their needs. This means there will be even more competition for developers who know how to build these apps.

Artificial Intelligence (AI) in Web Application Development. AI can be used to create automated web application functions, such as identifying and fixing errors or recommending new features to add to a website. By automating these tasks, you can reduce time spent on manual tasks and focus on more strategic tasks. Thus, speed up the development process and improve the quality of your website.

Many companies are already using AI. However, it’s still quite rare in web application development because most people don’t know how to program AI bots-they’re still learning how to use them effectively.

The number of connected devices (such as phones, laptops, and cars) is growing rapidly and so is the amount of data they generate every second. To keep up with this growth in data generation and processing capabilities, companies need their APIs to handle more complex requests without slowing down or crashing. As a result, we will see an increased emphasis on building APIs that can handle large amounts of data while maintaining speed and reliability.

The trend of API-first development has been gaining momentum in the past few years. With the emergence of microservices and serverless architecture, developers have been able to write applications that can be accessed through APIs. This is a big change from traditional web application development, where a single page served by browsers was the norm. With API-first development, developers can build applications that multiple users and devices use through APIs, making them highly scalable.

Chatbots have been around since early 2000, but in 2022, they will be more widely used. They will likely be integrated into many different best live chat apps and used for everything from customer service to automated suggestions when shopping online or browsing social media sites.

Browser extensions are becoming increasingly popular because they allow users to add functionality directly to their browsers without installing additional software or applications. They also provide users with an efficient way to interact with websites without keeping their browsers open for long periods of time, as they could before using extensions like Google Chrome’s Task Manager or Last Pass Password Manager.

Browser extensions are a big hit with users and developers alike. They allow users to add functionality to their browsers without having to download an entirely new program, and they allow developers to create simple tools that extend the functionality of their website. This trend is sure to continue beyond 2022. Browser extensions will introduce new features and improvements that make it easier for developers to build and maintain applications without relying on third-party libraries or other tools.

Developers will break their applications into smaller pieces-called micro front-ends that can be used on multiple platforms. This allows developers to create modular components and reuse them across multiple projects.

They are small JavaScript files that contain most of the functionality needed to render a web page. A big part of this is ensuring that our sites load quickly and reliably on all platforms, whether or not users always have an internet connection available (which they don’t). Micro front-ends are also becoming popular because they are small web pages that contain functions required for a specific device or application type.

AMP is an open-source project that allows developers to create websites that load quickly on mobile devices. It is already being used by many companies, including Google and Twitter, and we expect more companies to adopt AMP in future years as it helps improve user experience across devices.

Internet of Things or IoT

IoT implementation will be a big deal, with interfaces that add value and make people’s lives easier. It is becoming increasingly mainstream, and with it will come the need for web developers to include support for IoT devices in their applications. This means not only support for standard sensors (such as temperature or light) but also new types of sensors that may not even exist.

Web application development is constantly evolving, and new and innovative ways exist to build and deploy web applications. By using these trends, you can stay ahead of the curve and create a better user experience for users.

The list, of course, is not comprehensive. There will be plenty of things to learn, challenges to face, and new ideas to try.

The next few years will see some big changes in how web applications are developed. Web application development has come a long way since the dawn of the Internet. We have seen a lot of changes in the last few years and it looks like we will see more in 2022 and the near future. 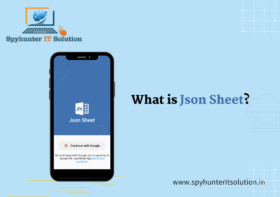 What is Json Sheet? (Smart Spreadsheet) 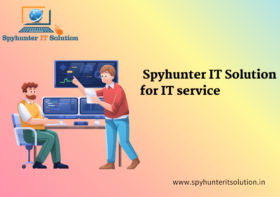 Why choose Spyhunter IT Solution for IT service? 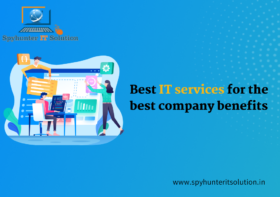 Best IT services for the best company benefits